These Momos Will Want To Make You Say “NOPE”, “NAA” And “NEIN!” At The Same Time.

These Momos Will Want To Make You Say “NOPE”, “NAA” And “NEIN!” At The Same Time.

Starting off, I come from the Northeast, specifically from Guwahati, Assam. I shifted to Kolkata a year back and being the foodie that I am, I looked hither and tither for food that The City Of Joy had to offer. One fine day, I also discovered that Kolkata (My Jaan) also has to offer my favourite snack that is “MOMO”. Vegetarian, Non-Vegetarian, Steamed or Fried, these are my absolute favourite. 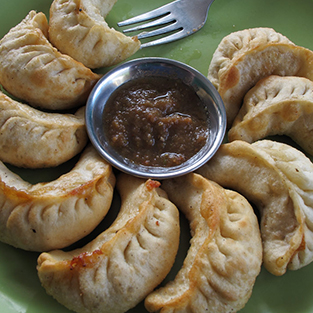 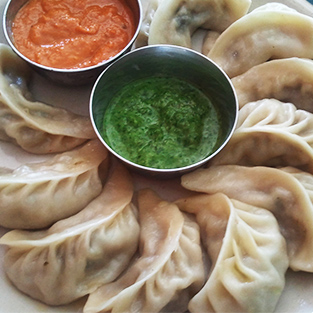 I am always up for trying these out everywhere around the city now. Heck, I live in Birati and here itself you get these beautiful Vegetarian, Chicken and Mutton Momos for INR 30/-, INR 40/- and INR 50/- , respectively. And one thing I don’t understand is why people try to make abominations out of this lovely parcels of joy i.e. Butter Chicken Momos, Afghani Momos or Tandoori Momos!

I mean the audacity!

The historical backdrop of momo in Nepal goes back to as right on time as the fourteenth century. Momo was at first a Newari nourishment in the Katmandu valley. It was later acquainted with Tibet, China and as far away as Japan by a Nepalese princess who was hitched to a Tibetan ruler in the late fifteenth century.

Then why the fuck would you try to create cursed things out of such a lovely dish? My rant isn’t only about these abominations, but I was awestruck by one of the posts that I had come across in a particular Facebook Food Group (name withheld), and I didn’t know how to react. It’s KABIRAJI MOMOS!

At first, I couldn’t believe what I saw and just dashed out of my room and cried into my pillow for several hours! (OK I am exaggerating) But this is an evil entity that has made me lose my appetite. I am a believer in Kabiraji too, but why the fucking fuck would you even try to bring the two together?

And if you guys fancy eating such weird combinations then this momo gets sold at “Jeet Momo” at Phoolbagan, Kolkata.

But coming back to my rant, I think this dumpling dish is an insult to my North Eastern Bengali taste bud. I mean, I love Momos, whether it’s from Momo Ghar at Guwahati or Momo I am at Kolkata. I am truly disheartened by the fact that people are going to such an extent to destroy this cute little parcel of joy. I even like it till the extent of frying them, but this is unforgivable. My earnest request would be to a few bloggers of Kolkata or maybe the entire India to keep away from promoting such abominations. I know it brings in the money, but then again it’s straight up disrespect.

Momos, in their true sense, meant to steamed and served with a dollop of Dalle Khursani and not Mayonnaise nor tomato Ketchup. And with some hot and piping stew, sprinkled with pepper and chopped coriander. THAT is what Momos are supposed to be. Momos are a culture and people are destroying it. If you are a lover of this culture, then it’s my earnest request to not destroy it and keep the love and respect alive!